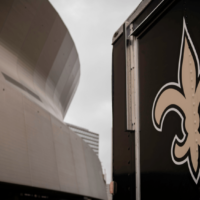 The New Orleans Saints have released running back Latavius Murray after the veteran refused a pay reduction. According to ESPN, Murray was due to make $2.95 million this season and already earned $200,000 in bonuses. By releasing the 31-year-old, New Orleans will save $2.3 million against the salary cap.

Murray accumulated 1,293 yards rushing on 292 carries as well as 411 yards receiving on 57 catches in his two seasons with the franchise, and this past season, he hit near season-high averages with 4.5 yards per carry and 7.7 yards per catch.

Tony Jones Jr. is expected to take the No. 2 running back slot behind Alvin Kamara. The Notre Dame product spent the 2020 season on the Saints’ practice squad.