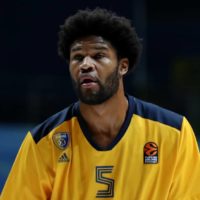 Devin Booker had 40 points, 13 rebounds and 11 assists for his first career triple-double, bringing the Phoenix Suns to victory over the Los Angeles Clippers 120-114 on Sunday in Game 1 of the Western Conference finals. The Suns’ Chris Paul sat out because of COVID-19 health and safety protocols, and Clippers star Kawhi Leonard missed his third straight game because of a sprained right knee.

After being tied at 93 to start the fourth, the Suns went on a 12-2 run and pulled ahead 105-95 on Cam Johnson’s dunk with 8:08 remaining. The Clippers cut through a 10-point deficit in the final two minutes to 116-114 when Terance Mann hit a 3-pointer with 22 seconds left, and Booker scored on a dunk on the next possession to seal Phoenix’s seventh straight victory.

Game 2 is on Tuesday night in Phoenix.